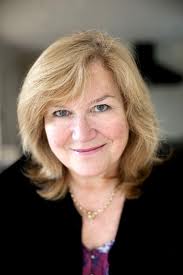 I’m delighted to welcome Vanessa Gebbie to my blog today to talk about her debut novel ‘The Coward’s Tale’, which has just been released as a paperback by Bloomsbury. ‘The Coward’s Tale’ is the story of a young boy called Laddy Merridew, who has gone to stay with his grandma in a small Welsh mining town – home to the Kindly Light Pit and the scene of a terrible disaster there a number of years earlier. Whilst there Laddy strikes up a friendship with Ianto Jenkins, a beggar who tells the stories of those townsfolk who have been affected by – and continue to be affected by – the disaster, either directly or indirectly. The book is a cleverly constructed tapestry of those stories, with Ianto Jenkins’ own story proving to be one of the most intriguing. As well as a novelist, Vanessa is also a renowned short story writer and has published two collections so far – ‘Words From a Glass Bubble’ and ‘Storm Warning’. She was also the contributing editor of a collection of essays on the short story, ‘Short Circuit: A Guide to the Art of the Short Story’.
AJ: Hi, Vanessa. Thanks for taking the time to talk to me about ‘The Coward’s Tale’. It’s a beautiful book – wonderfully engaging and finely crafted. The writing is so precise and filled with genuinely original, thought-provoking descriptions and language. How did you approach the writing of the book? Did you concentrate on the individual stories and then work at linking them together, or did you have a bigger vision from the beginning? 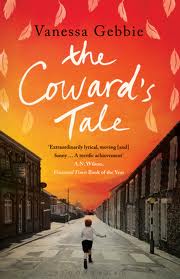 VG: Thank you – that’s really lovely feedback and makes me very happy – *dances round the kitchen*!
But to answer your question, yes, I started by writing the individual stories of my eleven main characters, not knowing any more than that – I was exploring the strange tics and issues they had – and it wasn’t until I’d done quite a few that the back stories became as important as the rest. The twelfth character, Ianto Jenkins, wandered in to the study early on, and took over the back stories – so I went with that. And I am so glad I did. The character of Laddy appeared quite late, and took on a significance I hadn’t foreseen. A boy had popped up now and again in the stories – and it was always Laddy, although I didn’t recognise him early on. One of the last things to appear was Ianto’s own story, told in part by Ianto to Laddy in bits and bobs, almost as if he trusted the boy more than me – he waited until Laddy was real enough before giving his own secrets away to him. But even then, he held back the most important part of his story – what had happened on the day of the collapse at Kindly Light. Peter tells part of that, then it is finally finished by Ianto himself, almost at the end of the book. He was telling that to me as I wrote – it has to be one of the most intensely moving moments in my writing career to date.
You are a superb writer, and will understand that feeling. If any non-writers are reading this, they will want us locked up.

AJ: That’s really fascinating – and I know exactly what you mean! I love all the references to light and dark in the novel. This is evident throughout, for example in names such as the Kindly Light pit and the Black Mountain, as well as in the descriptions of the pit being dark but its floor becoming ‘a great carpet of stars’ when its watery surface is lit up by light from the miners’ lamps. How aware of light and dark were you when writing?

VG: Not really – other than the fact that I’m a visual writer, and can be quite cinematic. I ‘see’ scenes as I write them. ( I hear more chains rattling from those non-writers…). The name Kindly Light suggested itself immediately for a mine – like fishing boats, men often give/gave mines names that hold some possibility of safety, a charm, a prayer. But it is also so ironic. Black Mountain is real, at least, it is the name we gave to the hill opposite my grandmother’s street, over the valley. Because (surprise…) it was always dark, for some reason.
It is Ianto who sees the carpet of stars, just as he sees the tunnels and spaces underground as kin to the cathedral at Llandaff. I’ve said this before – but ‘The Coward’s Tale’ was really Ianto’s book, I just followed behind, and wrote it.

AJ: I love how you explore the aftermath of grief, and how you show tragedy affecting those immediately touched by it, as well as people down the generations. For example, when Eve Bartholomew’s fiancé is killed in the Kindly Light accident before their wedding day, we are told about her unusual behaviour following this but, rather than us judging her, we are allowed into her imagination so that we can understand her. Did you enjoy the process of unpeeling such behaviour to get to the truth of a character’s life and story?

VG: Maybe ‘enjoy’ is the wrong word? I am so closely ‘inside’ a character when I am writing, that when something like this happens I am experiencing it as them, and it can be really hard. In the case of Evie, it wasn’t too bad, probably because I didn’t know the character well – to explain, I wrote part of Eve’s story  a long time before the novel. It was just a scrap, I didn’t know where to put it – not a story, really, and I stuck it in some file or other. But when writing Nathan’s back story finally, I got to a sort of mental cliff, and couldn’t see what was next. Weird feeling. Until I remembered that snippet, and it fitted. Nuts, this stuff, isn’t it?
A different piece, the back story of Tutt Bevan’s grandfather – again, about grief – he is being watched by a small girl, and we see what he does through her eyes. That’s a perfect way to show how I write. I hide in the cupboard under the stairs and watch what characters do, when they think they are not being observed. See, as soon as they know they are being written, they start behaving differently – more self-consciously. They try to make their actions comprehensible, when actually, a lot of what we do is much more interesting when it is seemingly illogical. That’s when I stop and go and make a cuppa.

AJ: That’s a wonderful image – of you hiding and listening, keeping out of the way of the characters so that they can just get on with their ‘lives’. What do you think with regard to fiction and empathy? I think understanding the motivations of characters can help readers to empathise with others in the ‘real’ world. I wondered if you had any thoughts on that?

VG: I couldn’t agree more. I was deeply saddened to see that there were articles appearing in the press exhorting readers not to waste their time on fiction late last year, because the world is in such turmoil. I wonder why the writer felt this? Surely, empathy is needed more than ever at times like this, however empathy is engendered?

AJ: I felt your book really encouraged empathy in the reader, which is why I asked about this. I do feel that one of the jobs of fiction (if it has a job at all) is to help us to empathise and understand. So it’s surprising – and disappointing – when people are encouraged away from it in articles such as that one.
There’s a real sense of the magic in some of the stories – for example, the woodwork teacher Icarus Evans trying to carve wooden feathers that will float or the window cleaner Judah Jones going into the chapel with a bucket of leaves – but there is always a believable explanation. Do you enjoy finding the unusual and then grounding it in the ordinary?

VG: Sort of the other way round… (she said in a most inarticulate manner). I have yet to find much in this life that is really truly ‘ordinary’ – if you look, there’s always something remarkable hidden in the creases. But conversely, there is a pleasure in creating ‘reasons’, don’t you think? I mean, we are always explaining  things – always looking for patterns. Even where none exist, sometimes. (!)

AJ: I agree – we’re ‘programmed’ to find patterns and to make order out of the chaos. There’s definitely a pleasure in exploring that.
Finally, if you could have a gift from Icarus Evans, the woodwork teacher, what would you ask him for?

VG: I’d like the gift of knowing what a tree can do and be. Like the extraordinary and inspirational sculptor David Nash (many more videos available via Google). If you can ever see an exhibition by this man, please do.

AJ: Many thanks for talking to me, Vanessa – and good luck with the paperback edition!

* ‘The Coward’s Tale’ is available here, from independent bookshops and all the usual places.

3 thoughts on “‘A story of dark and diamonds’ – an interview with Vanessa Gebbie, author of ‘The Coward’s Tale’”