I had a lovely time in Norwich on Thursday night when I was invited to read as part of the launch of The End: Fifteen Endings to Fifteen Paintings (Unthank Books). As mentioned in previous posts, the book features stories inspired by the paintings of artist Nicolas Ruston – all of which mimic the stills from old, black and white movie end title sequences. The paintings were exhibited at the event, which was held at the University of East Anglia, and some of the writers who feature in the collection also gave readings from their stories. 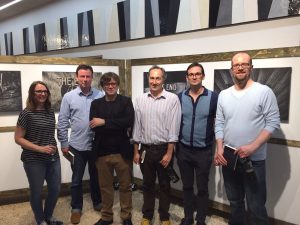 It was great to meet the other writers on the night – Aiden O’Reilly, Tim Sykes, Dan Powell, Gordon Collins and Ashley Stokes – and to hear them read from their stories. It was also lovely to see Nicolas’s paintings in the flesh – including the one that inspired my story ‘Harbour Lights’ (bottom left – of a car in a car park). 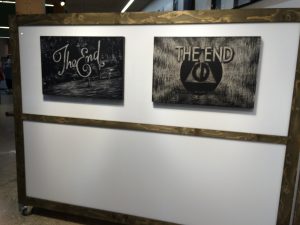 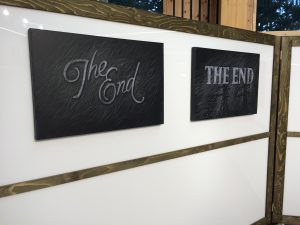 It was a lovely evening and the icing on the cake was receiving a bottle of ‘The End’ wine with a quotation from my story on it. 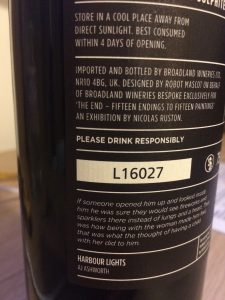 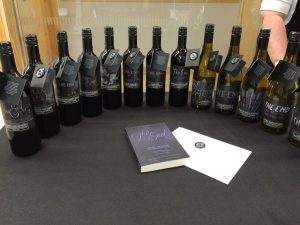 The book is set to be released on 1st September and is available to pre-order now. There will be other launch events in London (September) and Sunderland (October).