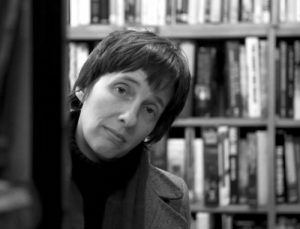 ‘Rejection is a fact of life – we can console ourselves that we’re not as completely rejected as actors… With them, they really are being rejected as people’

Today, in my first interview for the series, I talk to Scottish writer A. L. Kennedy about her thoughts on rejection as well as her own experiences of it. A. L. Kennedy is a novelist, short story writer and dramatist whose work has won or been listed in numerous prizes, most recent of which was a longlisting for the 2016 Man Booker Prize for her novel Serious Sweet. She has also previously won the Costa Book of the Year for her novel Day and was selected twice as one of Granta’s Best of Young British Novelists. She is a Fellow of the Royal Society of Arts and a Fellow of the Royal Society of Literature. She writes a regular column for The Guardian.

AA: What was your first experience of being rejected – and how did it make you feel?

ALK: Well, I was very young. I didn’t have much idea of myself as a writer then, so I generally assumed they were right about things not being good. And they were right, to be fair, usually. Acceptance involved almost no money and a free copy of an unreadable magazine. It’s a process of getting real about things and realising that your work isn’t you. I was not rejected. My work was rejected. Getting a flat no wasn’t useful, getting notes always was. Flat yes wasn’t useful, either. I needed to learn.

AA: I think a lot of writers – rightly or wrongly – do often tend to take rejection personally though and think it’s about them rather than the work, especially if they feel as if they put a lot of themselves into what they produce.

ALK: Art isn’t about the artist – any art. It’s about the person who receives the art. If someone can’t get beyond themselves rejection gets inevitable. As you get more experienced you’re not experiencing rejection because you’ve solved your problems within your process – or you’re in a process which is about collaboration, shaping to circumstance. Making something and being flat out rejected is a massive waste of your time – as an artist you avoid that. Time is precious.

AA: What if a writer is being rejected for commercial reasons, rather than artistic ones though? I’m thinking in particular of BAME writers whose work might be interested in black or Asian characters and experiences but who may be rejected because publishers don’t think these stories will be appealing enough to the majority of readers. I’ve heard of one writer say, for instance, that their work was rejected because it was ‘too Northern’. Is there a point at which rejection is personal?

ALK: There are kind of two definitions of ‘personal’ – one is ‘this is a unique expression of my glorious and palpitating soul’ – which is sort of true. But if you’re imposing your soul on someone else – who also has a soul – you’d better work your arse off to make it comprehensible to that person.

‘Personal’ as in ‘relating to who you are in the real world’ does come into the mix, but if you don’t get over yourself you won’t have work that you can put into that world that’s of sufficient quality.

Then you have the work – sadly, publishing at the moment is in crisis. There are many perfectly good books that will be rejected. There need be no conspiracy, they’ll just be dumped. Big publishers want you to publish yourself and take all their risks for them – and may not pick you up even then. You may be suckered into online publication and huge costs to no avail.

Or if you do get published and you’re seen as ‘abnormal’ – female, black, gay, not English, disabled, etc. – you’ll probably be pigeonholed and have to resist that. It’s an unfair scene in many ways. I think if you get too caught up in the madness of that world it’s hard to create at all – and it will always freak you out and always be weird – your job as an artist is to create your best possible work from your best possible self – it gives you the best chance of developing your skill set and of eventual success.

Will the success be fair, good news or forthcoming? I can’t guarantee. At the moment, no one can. In publishing being an ‘outsider’ is often a huge help – but you’ll be treated like a freak and misrepresented… A black writer I knew who was born in London and very much a London guy, used to dress up in traditional Nigerian garb to do readings, just to play the game and get an audience…

It can get very uninspiring and so it’s best to compartmentalise all that shit from your creative process.

AA: Yes – it’s more or less impossible for writers to control what’s happening in publishing so it makes sense to just focus on what we can control, the writing itself, to make it as close as possible to our dream of what we want it to be. What about any new writers who may be brilliant but – because of a lack of confidence, opportunity, role models or for whatever reason – are in effect rejecting themselves though? As in, they might have the dream to write but they are so worried about rejection that they are afraid to submit their work.

ALK: There’s a point beyond which you can either hide behind fear and not work, not commit – or you’re scared and work anyway. No one who is any good at writing isn’t scared while they do it. You write anyway – the fear is self-centred. If it’s about the reader, then you’re trying your best out of courtesy to someone else. No fear, prior damage or inadequacy is insurmountable or isn’t going to be useful. As a writer you’re self-employed. So you act like a good boss.

AA: Are there any specific comments you received from those rejecting you that stayed with you and influenced your work from then on?

ALK: Not really. Early rejections are generally just a paper slip. I got a note that a scene was too long, which it was good to translate into ‘this is boring’ – I made the scene twice as long but cut it in half and put another scene in there between them, too. You need to learn to translate notes. Hopefully, the people giving you the notes are good at it… Sometimes they aren’t and you need to get on board with that. Writing collaboratively in a number of media, or working with an editor is a great deal about translating notes into reality and action.

But rejection is a fact of life – we can console ourselves that we’re not as completely rejected as actors… With them, they really are being rejected as people…

AA: Do you think there’s a point at which a writer receiving lots of rejections should just give up, do something else? Or do you think the dream of a writing life is there for a reason?

ALK: If you’re only ever receiving rejections and not any kind of approval from anyone, I think you get a few trusted chums to read your stuff, or a writer in residence and ask if you’re any good. Sometimes rejection is happening because you’re not any good. Sometimes you need to move on to something you like better and can work with more. Ask yourself what you liked about writing or the idea of it, what you want out of a job/hobby. If it’s a vocation, it will never leave you alone, if it’s a delusion you can choose to let it go. Wasting life/time is the thing no one should have to do.

AA: What would you say to any writers who might be struggling with rejection?

ALK: I can’t really help anyone dealing with them other than to say it’s best not to take them personally – a lot of writing is about learning to control emotions that are unhelpful so that you can function. It’s a tough world.

1 thought on “Writers on rejection: A. L. Kennedy”