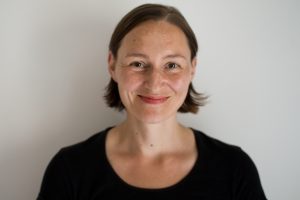 ‘We can feel rejection as physical pain, as a kind of heartache, but you just have to learn what you can from it and press on.’

In my second interview, I talk to Alison Moore about her experiences of and thoughts about rejection. Alison is the author of three
novels (The Lighthouse (one of my favourite novels of recent times), He Wants and Death and the Seaside) and a short story collection (The Pre-War House and Other Stories). The Lighthouse was shortlisted for the Man Booker Prize in 2012 and the National Book Awards (New Writer of the Year) and won The McKitterick Prize. Her short stories have also featured in the Best British Short Stories and Best British Horror anthologies as well as broadcast on Radio 4 Extra. She also very kindly donated a story, for free, to Red Room: New Short Stories Inspired by the Brontës (edited by me) to help support The Brontë Birthplace Trust.

AA: What was your first taste of rejection – and how did it feel?

AM: My first rejections as a writer would have been when I was a kid entering writing competitions. I think the rejection was often just silence. Whether it’s that silence or a kindly worded letter, it does hurt of course – it gets you right in the tender spot. I learnt very early on to love shortlists – for a story not to just disappear into a void meant a lot; it wasn’t necessary to win.

AA: I think a lot of writers see rejection as ‘failure’? In a way, I suppose it is – but if I’m being philosophical about it, I suppose any failure is only in the eyes of people who are external to us. And how can we ever fully know the standards by which they are judging us? So it’s a question of whether we accept that external judging, absorb it and then also judge ourselves to have failed. Do you see rejection as ‘failure’? If not, how do you see it?

AM: When a story is rejected, I suppose I think of the judge or editor or panel as a reader or readers who didn’t like my story that much… So of course that is disappointing, perhaps a bit embarrassing. But each rejection is just a step on a long journey, so I might call it a stumble rather than failure; there will hopefully be other times when we are progressing more smoothly. And seeing as it’s not possible for a writer not to face rejection at some point, it’s something we just have to learn to deal with.

AA: Have your thoughts about rejection changed from when you first started out writing to now?

AM: I think when I was in my teens and twenties, I thought more in terms of trying to become a good writer, and rejection meant that I was not yet a good writer; whereas now I have more experience of the complexities of rejection: a novel can do well but still be disliked by some of its readers; or, the other way around, two of my short stories were simultaneously rejected by a well-known literary magazine but a number of writers and bloggers have since picked out both of these stories as favourites.

AA: Yes, interesting – readers bring all kinds of experiences and preferences with them so we should really expect them to respond to stories in all kinds of different ways: love, dislike and everything in between. What’s the most valuable rejection you’ve ever had – and why?

AM: I was once on a particular shortlist but didn’t get any further, and now I’m quite glad as winning would have meant publication of stories that I now don’t think were quite ready, and which I’ve since been able to improve.

AA: What was the most difficult one?

AM: I don’t think there’s been a most difficult single one, but when my modus operandi was entering competitions there would be long periods of silence, through which it can be hard to retain faith in what you’re doing.

AA: Yes, silence can be very difficult – it’s like shouting into a cave and waiting for an echo that may never come. You’ve experienced lots of success in your writing career so far but do you think there will ever be a point at which you will feel you’re ‘beyond’ rejection?

AM: I’m sure I’ll always be capable of writing a story that a magazine or anthology editor just doesn’t warm to, but that doesn’t have to mean the story’s dead in the water – perhaps it just belongs somewhere else. And a reader who likes one of my stories might dislike another, and that’s a kind of rejection too.

AA: Has rejection ever influenced your creative work, i.e. encouraged you to take it in new directions?

AM: If I could answer by flipping the question – as well as noting what gets rejected, I understandably notice an increase in receptiveness. In my thirties, I discovered that editors of horror anthologies were very open to my more uncanny stories, so now invitations to submit work to horror anthologies mean that I’m sometimes consciously going in that direction.

AA: When Marlon James won The Man Booker last year, most if not all of the news stories about his win mentioned that his first novel had been rejected almost 80 times. In fact, this seemed to be the one aspect of his win that was of most interest to people. Why do you think we’re so interested in writers’ experiences of rejection?

AM: I think because we’ve all experienced it, and it’s an encouraging reminder that even a few dozen rejections need not be the end of the road for a piece of work or mean that the work is no good. And, of course, herculean struggle and victory is a good story in itself.

AA: Is it possible rejection makes us better writers than if we never experienced it?

AM: I can’t imagine a world in which we might never experience it. That would mean every competition entrant winning a prize, every magazine and publishing house accepting everything it’s sent, every single reader giving the thumbs up to every single thing they read… There’s something far worse about that than the ups and downs of the way life is, which must shape us as both people and writers.

AA: I read some neuroscience research recently about the effects of social rejection or exclusion on the brain and it has been found that this ‘social pain’ shares similar neural circuitry to physical pain. I think rejection, with regard to writing, is possibly an aspect of social rejection (i.e. we are not being ‘allowed in’ to a particular network or group). If physical pain can be healed, can ‘social pain’ such as rejection? What’s the best way you’ve found of dealing with any rejections you’ve experienced?

AM: That’s an absolutely fascinating article, thank you for that. Yes indeed, we can feel rejection as physical pain, as a kind of heartache, but you just have to learn what you can from it and press on. When I started entering competitions, the best way of dealing with rejection was to have more than one story out at a time, so as not to fixate on the fate of just one piece of work; if one is rejected, you’ve got another one or two out there, and in the meantime you can take a fresh look over the one that got turned down. Also, nowadays I have my valued first readers – my agent/editor and my husband – who can read my work and give me feedback, so if something’s not working there will hopefully be a fruitful discussion rather than a quietly closing door.

AA: The poet E. E. Cummings published a collection of poetry called ‘No Thanks’ and dedicated it to the 14 publishers who had turned it down. Have you ever fantasised about taking some kind of creative revenge on those who have rejected you?

AM: That’s an impressive and entertaining move. In terms of creative revenge more generally, I suppose my story ‘Stonecrop’, in Red Room: New Short Stories Inspired by the Brontës, takes a kind of revenge on my secondary-school music teacher who used his fingers to force pupils to keep their mouths wide open when they sang (‘he put four fingers and his thumb inside her mouth so that she would not forget’). I don’t think I’ve ever responded to rejection in that way but I do recognise the marvellous potential of writing to take something painful and transform it into something new and satisfying – like Doris in Fame, we can ‘remember this feeling and use it’ in our work.

AA: What an awful music teacher. The story is a great response to that though – I shall read it in a new light. Many thanks for talking to me about this, Alison.