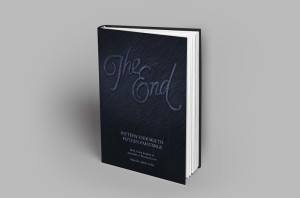 I am delighted to say I have written a new short story, which is set to be published in an anthology called The End: Fifteen Endings to Fifteen Paintings early next year. The book features new stories inspired by the artwork of Nicolas Ruston and you can find out more about the project by clicking here. Other writers in the collection, which will be published by Unthank Books, include Gordon Collins, Ailsa Cox, Michael Crossan, Sarah Dobbs, Tania Hershman, Zoe Lambert, Dan Powell, u.v.ray, Angela Readman, Aiden O’Reilly, David Rose, Ashley Stokes, Tim Sykes and Jonathan Taylor. As the website says, Ruston’s paintings ‘[appropriate] the look and feel of stills from movie end title sequences, borrowing from an age when it was necessary to indicate ‘The End’ prior to closing credits’. And, as the short story as a form is primarily concerned with its own ending (in that all of its components must be seen to contribute towards it), this should prove to be a very interesting project indeed. The book is due to launch in April 2016 and there are plans to hold art exhibitions, performances and readings as part of the project.